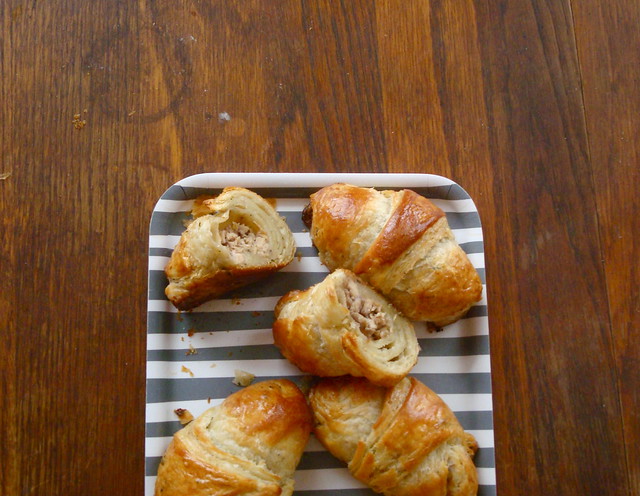 A couple friends have pointed out that I’ve been playing it safe on my blog this month. Back in the blogging heyday, I used to participate in monthly baking and cooking challenges from the Daring Kitchen, but would also tackle difficult recipes just because, well, I wanted to be challenged. The thrill has always been more in the process than in eating the final result, you know? Though getting to enjoy it is always the best bonus.

So why haven’t I beed very adventurous? I don’t know. The main excuse has been that there are always so many vegetables that need to be cooked, so that’s what’s been keeping me occupied in the kitchen. That said, I do have more time than most, especially if managed well, and I have missed the crazy baking projects. 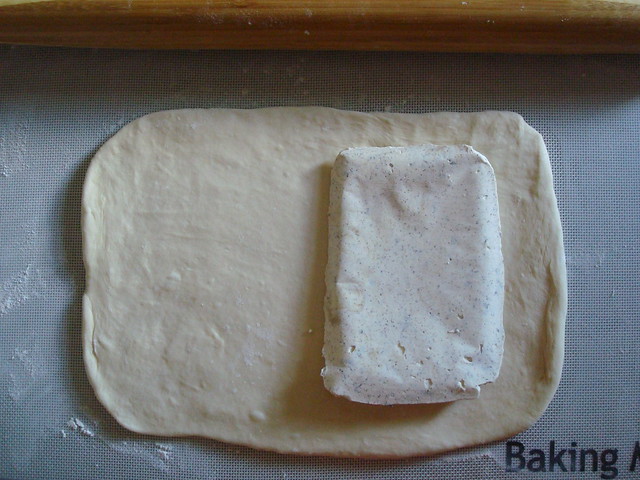 Throughout this month, I’ve noticed the annual excitement on social media over the Thanksgiving croissants rolled out by Momofuku Milk Bar. They’re basically what they sound like: croissants stuffed with turkey, gravy, and cranberry sauce, plus the dough is seasoned like stuffing. As previously mentioned, I’m a big fan of baking recipes from the Milk Bar cookbook, so you can see exactly where this is going (especially with the photos, huh). 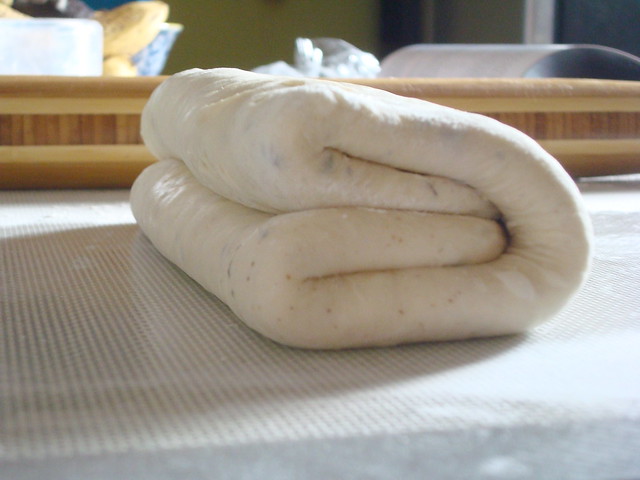 I had read that celery salt was used in the dough, but sage was the other flavor that came to mind when I thought of stuffing. I decided to try 1 teaspoon of celery salt, 1 tablespoon of chopped fresh sage, and 1/4 teaspoon of pepper. (The baker in the video says it’s celery seed and thyme.) Traditionally you beat a brick of butter into a rectangle before incorporating into the dough, but Tosi’s method is genius. You beat room temperature butter in a mixer, add the flavorings, then put it between sheets of parchment and form it into a rectangle and refrigerate.

Since I wanted to use leftovers, I put some turkey in a container, then poured gravy and cranberry sauce on top before leaving my parents’ house. I then just chopped up the turkey and mixed it with the cranberries and gravy.Of course at Milk Bar they make fillings specifically for these croissants, like “gravy plugs.” 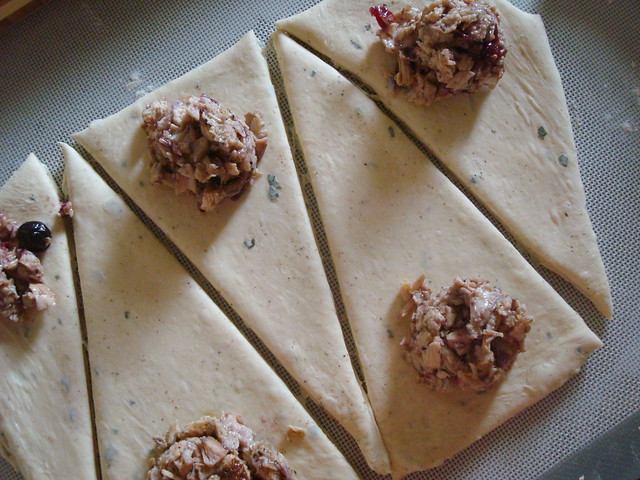 Up to this point, things were going surprisingly well. The rolling up process got kind of messy, and then I missed that I was supposed to stretch out the tips while doing so. Even so, neither was such a big deal. Tosi is really good at explaining how to do things in a relatable, non-fussy way which helps when you are typically a perfectionist.

The croissants came out looking a lot better than my first croissant-baking experience, both outside and in. The outer crust shatters when you bite into it, and the inside is both chewy and flaky. They’re still more dense than they should be, but you know what? I made these for myself, not to be sold in a bakery, and I really like eating them. I also haven’t had a Thanksgiving croissant from Milk Bar, so they’re the best Thanksgiving croissants that I’ve tried.

If I attempt these again next year, I’ll load up with more cranberry sauce and also use a heavier hand with the butter seasonings. Until then, I’m definitely inspired to experiment with other filling and flavor combos. 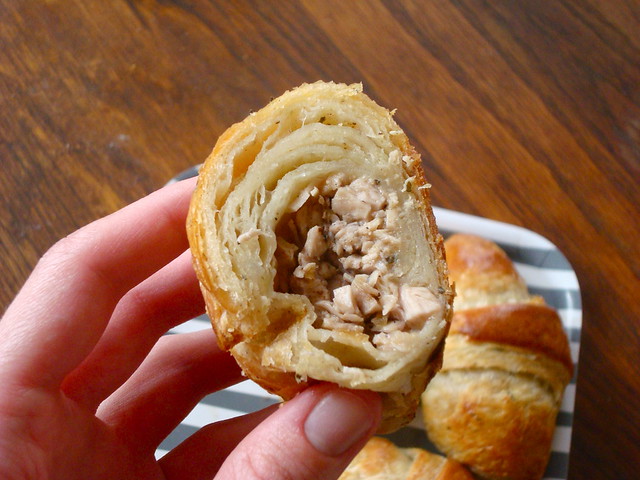