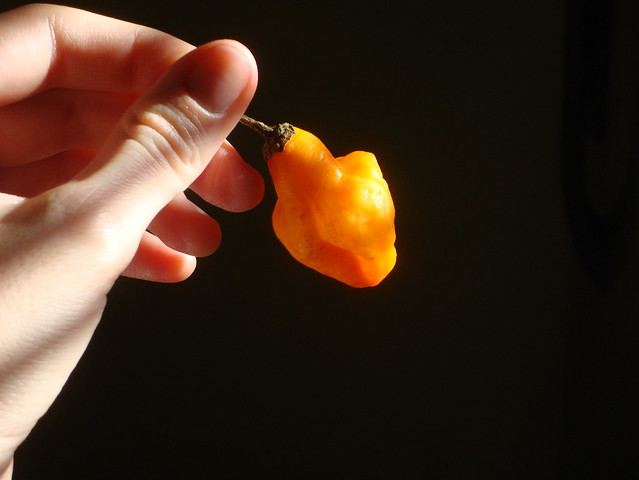 It often isn’t really for any good reason either.

Like, if I eat at this really popular restaurant by myself, are people going to notice and judge me? Of course they don’t give a shit, they’re there to have a nice time and enjoy their food. It’s also highly unlikely that I would be the only solo diner. I know this, but it’s like a battle between right and absurd.

Not every worry is socially-related, though, and I usually make myself go through with things anyway. Last week I acquired eight little habanero peppers from the farm. I can handle a decent amount of spice, but having never cooked with or even handled a habanero, I was sort of nervous. What if I made something and it was unbearably spicy? And what do I make with so many of them? They were part of my work-share, so it’s not like I’d be wasting money if I didn’t use them. Since I also received tomatoes and cilantro, I just decided to do the obvious and make some salsa. Seems like a pretty good way to gauge heat, right? 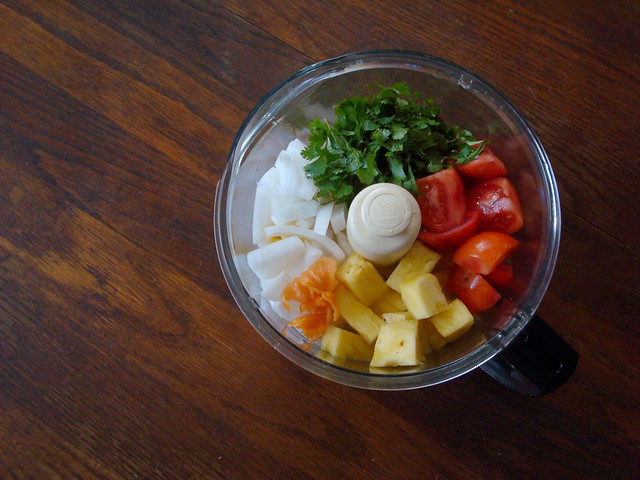 The recipe I used as a guide was for this Pineapple Habanero Salsa because it sounded closest to what I was wanting to make. I only used half of a pineapple because that seemed like it would be plenty, and swapped the garlic and onion powder with two cloves of garlic. In my fear of burning my eyeballs during contact removal, I bought gloves to handle the pepper. I also removed the seeds and membranes even though that wasn’t mentioned in the recipe. 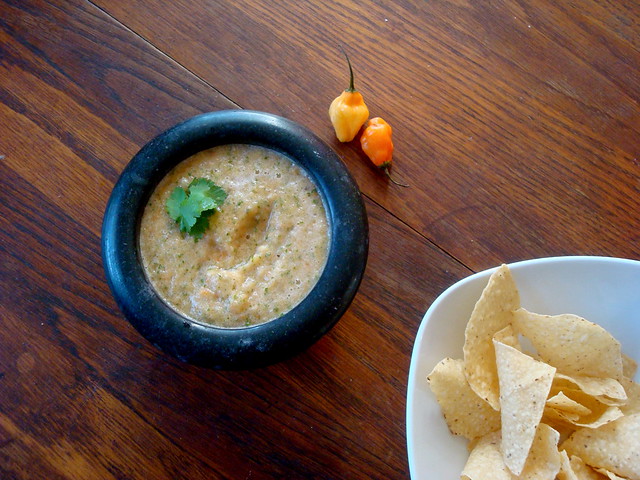 When the salsa matches the chips, yes, I will accessorize.

Guess what? It wasn’t spicy at all. In fact, I then added another habanero with the seeds and it was still completely tolerable. Now it has a nice little kick, but maybe tomorrow it will be pronounced.

The salsa is good, but I think next time I’ll roast the tomatoes, onion, garlic, and peppers for depth and some smokiness. I’m glad I didn’t use the whole pineapple because it’s pretty sweet. This salsa would be perfect in a pork taco situation.

So much for worrying! Now what to do with the remaining peppers…