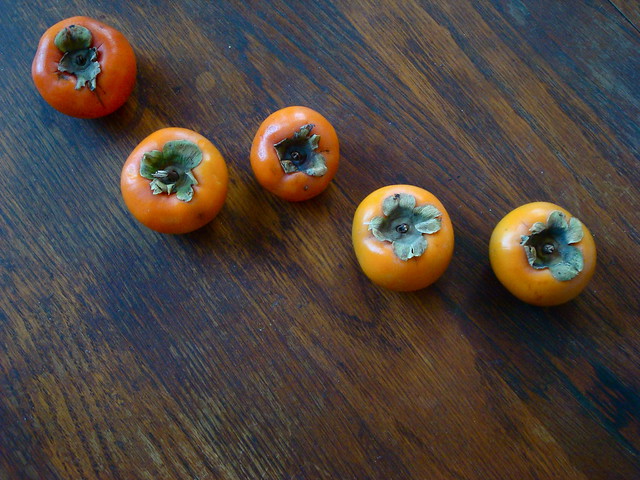 When you plan to bake something new and post about it on the same day, you’re probably setting yourself up for disaster. And when you’re making yourself blog every day, well, you still post about it.

So those persimmons that I bought on Sunday? I thought that I would use them in a bundt cake of some sort since I missed the one food holiday that I observe. Really, I should have just made one of Mary the Food Librarian‘s favorites, but kept running across recipes for persimmon pudding and was intrigued.

A couple of the recipes on NYT Cooking caught my eye, and I ended up going with this Persimmon and Buttermilk Pudding. The other recipe sounded a little more appealing, but the one I chose calls for a six-cup baking dish, which is the exact size of my small bundt pan. 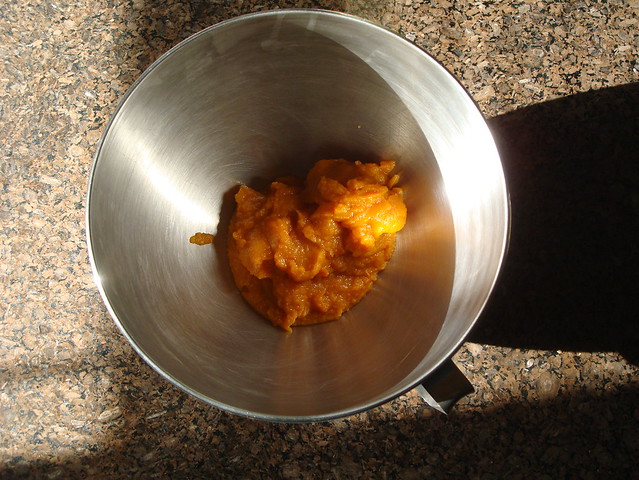 The recipe is pretty straight-forward. You puree the persimmons (it didn’t specify which kind, but I used fuyus), then blend with buttermilk, and eggs. After that, you add the dry ingredients and butter. The one odd thing was baking it in a larger dish filled with boiling water. Maybe this is normal for some cake-like puddings? I don’t know.

The first issue was that, ironically, the recipe made way more than six cups of batter. I filled my pan up 3/4 of the way and put the extra in the fridge. But then, after I thought it was done baking, it was a bundt tragedy. The bottom of the cake didn’t release from the pan, and the whole thing didn’t seem entirely done, despite a clean toothpick. 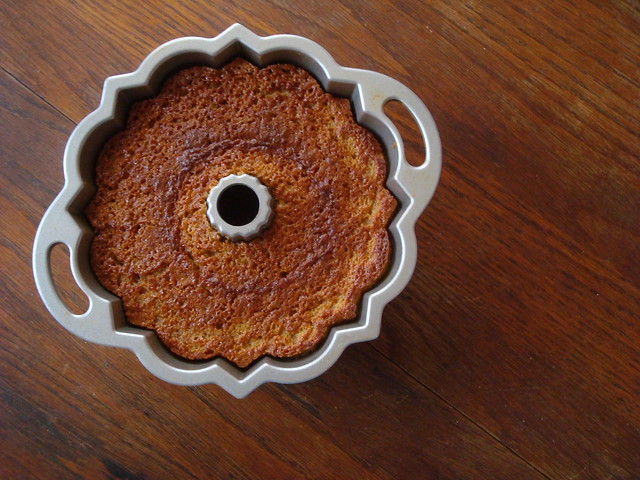 The first one. It looks so promising, right?

I then cleaned the pan and filled it with the rest of the batter hoping for a more successful pudding. Nope, not really. I mean, it released from the pan much better, but I get the feeling that puddings aren’t really meant to be bundts. As in, maybe they’re supposed to stay in their cooking vessel, not flipped out of them.

At least it tastes pretty good? The top of the first one was nicely crunchy, and the second was more baked-through. Definitely won’t be making this one again, at least as a bundt. Womp.