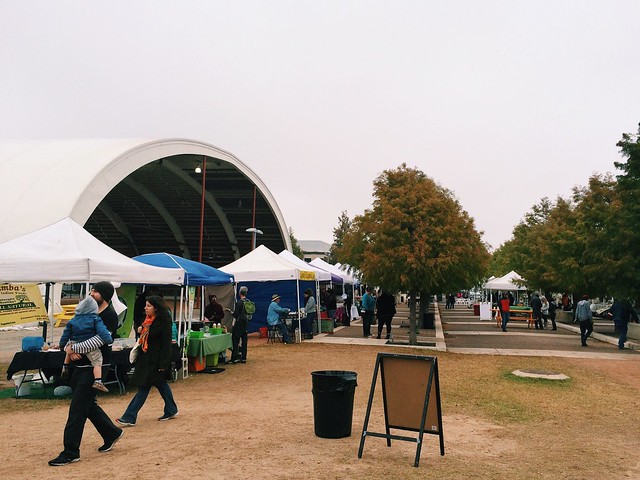 Hard to tell where the hangar ends and the dreariness begins.

It’s probably not a bad idea to check the weather before deciding to post about a farmers’ market. Aside from the hellish summers, the weather in Austin is pretty pleasant year-round. Well, today was a terrible day to go shopping for produce outdoors, but I went anyway.

The Mueller Farmers’ Market is in east Austin at the Browning Hangar. The booths used to be set up under the hangar, which would have been helpful against today’s chilly wind and drizzle, but alas. I like to walk around once to see what’s available, then go back around for purchases. 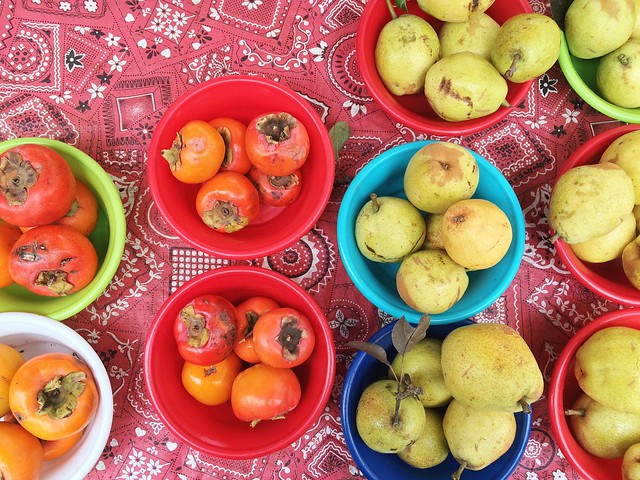 Offerings from vendors usually include a variety of vegetables, meats, cheeses, baked goods, beverages, canned goods, and various handmade items. There’s even a guy who will sharpen your knives while you shop. And since this is Austin, there is always live music. Today’s singer was improvising about the weather.

Since I’m volunteering at JBG in a few days, I just bought some persimmons from Engel Farms because I’ve been wanting to bake something with them. But then I had to get a donut from Red Rabbit Cooperative Bakery because it’s almost impossible not to. Seriously, their donuts are the best and they’re totally vegan. 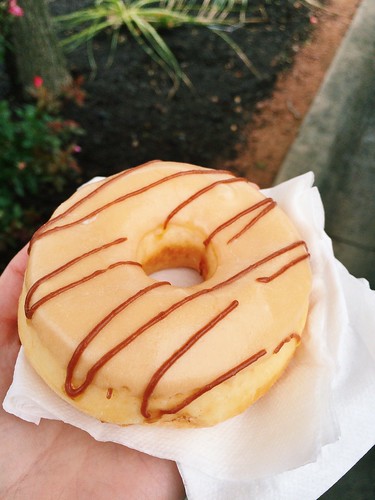