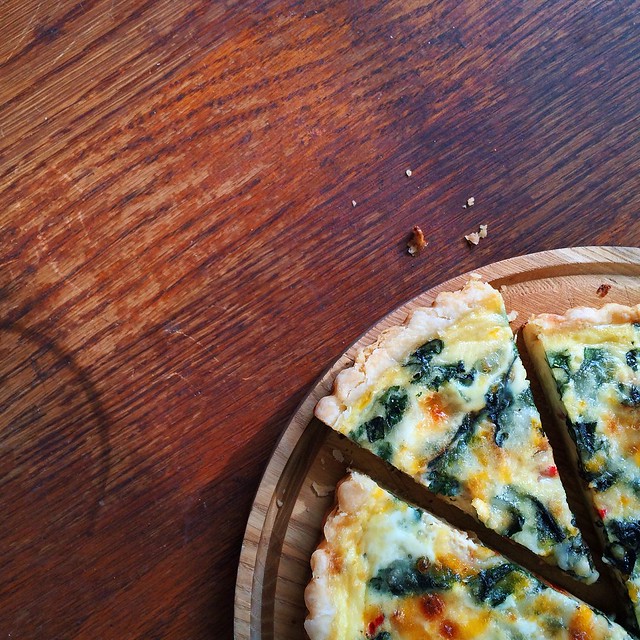 Quiche is one of those things that I always think I can wing without a recipe. It’s just a matter of scrambling some eggs and throwing some fillings into a pie crust, right? This is probably why I’ve never made a very good one.

A few weeks ago, I wanted to make a quiche and decided to actually use some guidance. Who better to trust than Julia Child? It turns out that it’s really easy to make up your own awesome quiche using her custard ratio.

I had some veggies from the farm that I wanted to use, so this is what went down. 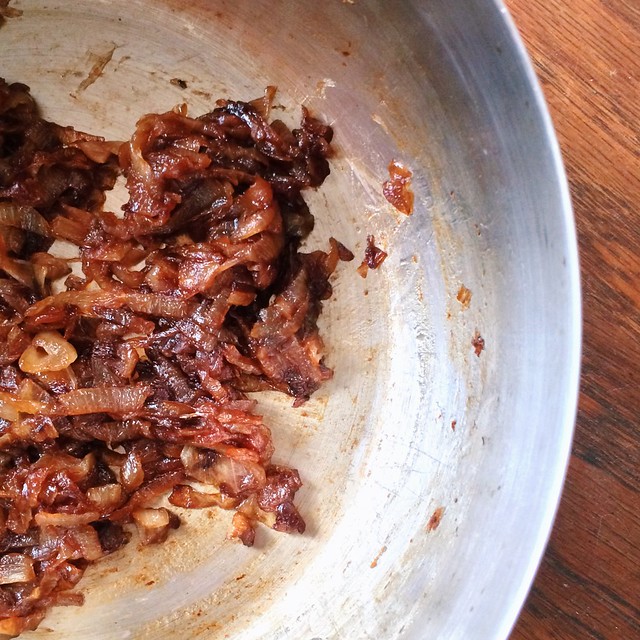 I caramelized two onions and roasted a red pepper. Then I cooked a couple strips of bacon and sauteed a bunch of Swiss chard in the fat. Also, I grated some Gruyere and sharp cheddar.

Starting with the cheese, I layered all of (well, only a portion of the onions and pepper) in the crust, then poured the custard mixture over the top. After baking at 350F for 30 minutes, I had the best quiche ever.

I mean, really. Every quiche I had ever made was too tough and didn’t taste like anything special. This one was light and fluffy, but also rich and creamy. And even if the custard didn’t turn out well, the rest of the ingredients would have made up for it. 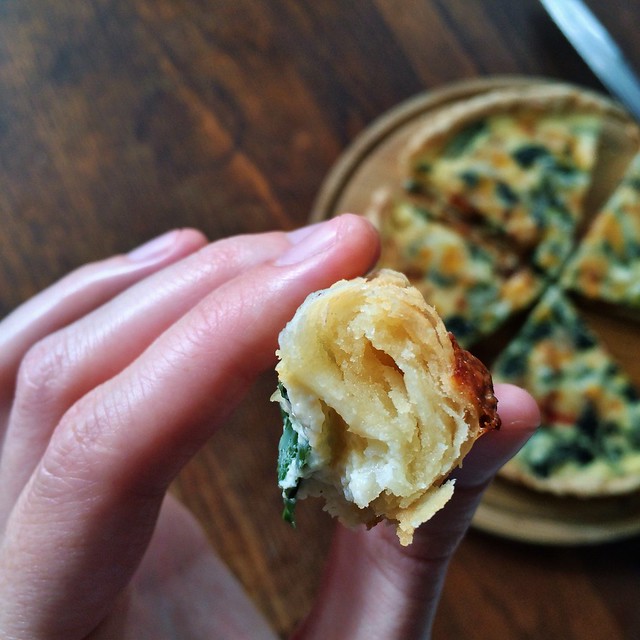 Another revelation from this experience was pie crust. It’s never been my forte, but I’m not one to chicken out and buy a frozen crust because of the shame that would cause for having a baking blog. Mark Bittman’s Savory Pie Crust had just been added to New York Times Cooking (a fantastic new resource!), so I went with that. It’s the first crust recipe I’ve used in the food processor, and apparently that made all the difference. Finally, beautiful dough that led to a super flaky crust.

PSA: Reheat slices of quiche on the stove in a skillet. The bottom will crisp up and you will thank me.

I think I need to make another quiche again soon. You should, too!